“You Call That A Poem?” Reading Weird Poems in Class 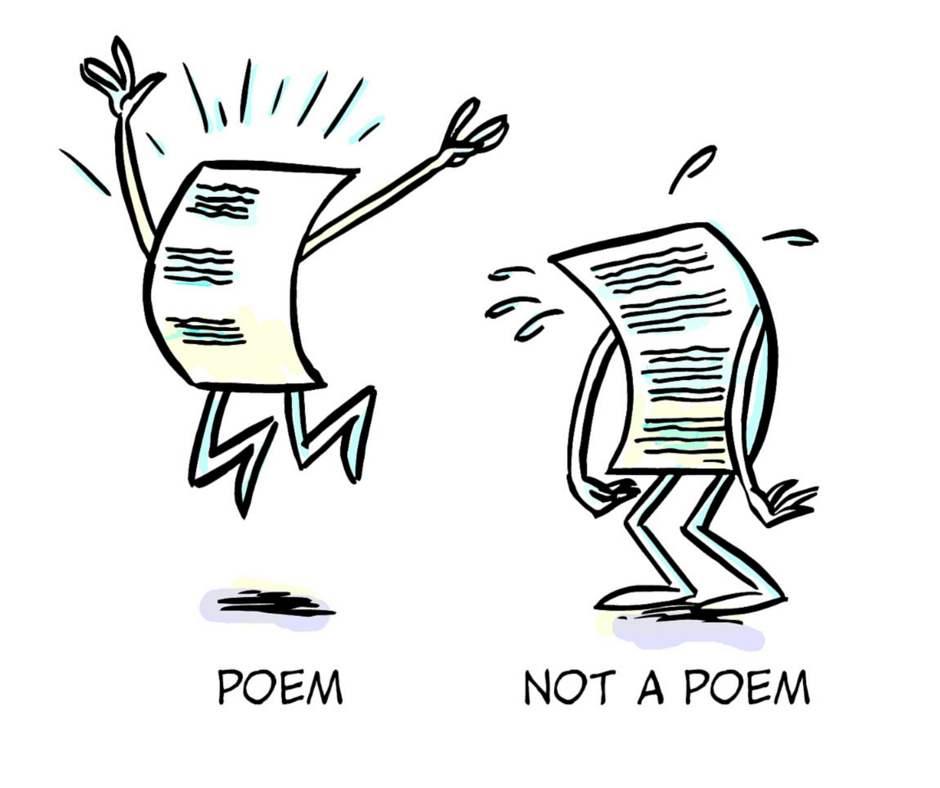 What does a piece of writing need to do in order to be called a poem?

This is the question I asked my seniors at the beginning of class this week. We had just finished up a poetry unit on lyric poetry and to finish off I wanted them to think critically about what a poem is with a fun, yet engaging activity. I wanted them to think about: how would you define a poem? What qualities must it have to be considered a poem?

We spent the first five minutes brainstorming about those two questions. The responses varied. Some said that a poem needed to have some sort of purposeful structure and convey an emotion. Some said that “it had to mean something.” Other were willing to accept that anything could be considered a poem. I welcomed all responses, because the next part of the class was going to challenge their notions of what a poem could be.

We strolled down to the media center to look at eight pieces of writing that have been called poems at some point, but pushed the boundaries of what a poem could be. They had to answer two questions for each poem: Is it a poem? and Why or why not? We then went back to the classroom to discuss what they thought.

Here was the most contentious example, a poem by Adam Saroyan:

Yes, that’s the entire poem. Some of my students were even angry that this would even be called a poem, especially when I told them that Saroyan was paid $750 for it! (To read the strange history of this poem, go here.)

Here’s another by e.e. cummings that students had difficulty calling a poem (click the link):

Their problem with it was they didn’t know how to read it, and if they did figure out how to read it, the payoff wasn’t all that great. Still, some thought it was really interesting.

Here’s the full list of poems that I used:

In a Station on the Metro -Ezra Pound

A Blackout Poem I Found on Pinterest (these are really easy to find. Just search for “blackout poem” and you’ll find a bunch). We had interesting conversations about this one. Some students thought blackout poems were a form a theft.

As we discussed these poems a few larger questions came up: Can we call a piece of writing anything that we want it to? Is that up to the author or the reader to determine? and just because we call it a poem, does that automatically make it a poem? Who gets to decide?

But if you’d like to do this lesson in class, why do all the work if I’ve done it already? Click the link below and I’ll send you what I used for free. A quick trip to the copier and you can do this tomorrow. It would be a great activity at the beginning of the year, the beginning or end of a poetry unit, or any random day that you need to have a quick lesson. It’s easily adaptable to all different ages. And you don’t have to go to another room to set up the poems – you could do it your classroom with no trouble. And it will definitely take up the whole class period, if not more. (Please note: I don’t own the copyright for any of these poems, but they were all available online.)

Do you have any other poems that would work well for this activity? Let me know! I’d love to expand this lesson.