I grew up in Columbus, Ohio surrounded by stacks of MAD Magazines, Calvin and Hobbes collections, and Walt Disney comics. I spent most of my free time learning about sable hair brushes and Bristol board so I could pursue a career drawing a comic strip in the style of Sergio Aragonés or Bill Watterson.

However, that didn’t happen. I went to The Ohio State University instead. But I never gave up on the dream: following in the footsteps of Jeff Smith (whose “Thorn” was a comic strip I admired), I drew a daily strip in The Lantern for most of my college years. After receiving a teaching degree and spending a few years in the classroom, the itch to create comics resurfaced. I headed back to the drawing board (literally) to create educational comics, selling them on the TeachersPayTeachers marketplace. Teachers around the world have enthusiastically embraced my comics as an effective way to approach difficult language arts concepts, especially to reluctant readers and English language learners.

My ambition is to use artwork to teach kids about the world they live in. I also want my work to appeal to kids like my dyslexic nephew Ben, who learned to read from graphic novels. And, in the end, I hope that children have as much fun reading my comics as I had creating them.

Get in Touch with Me 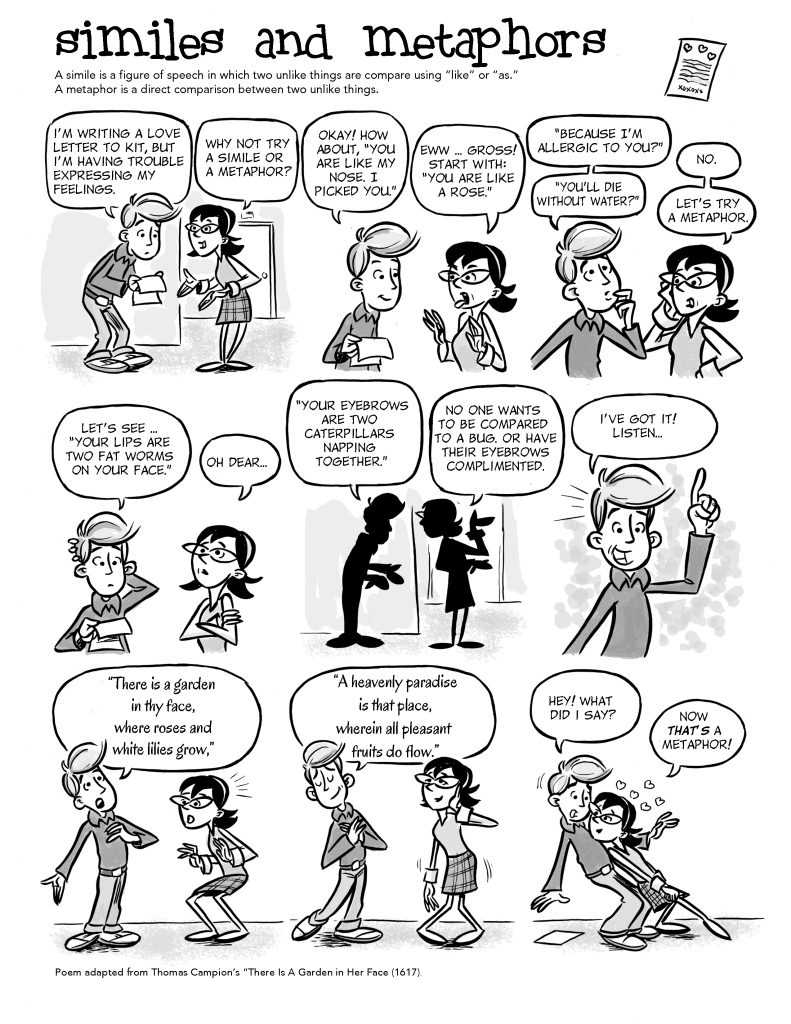