“What Is Literature?” A Fun Activity to Get Students Thinking 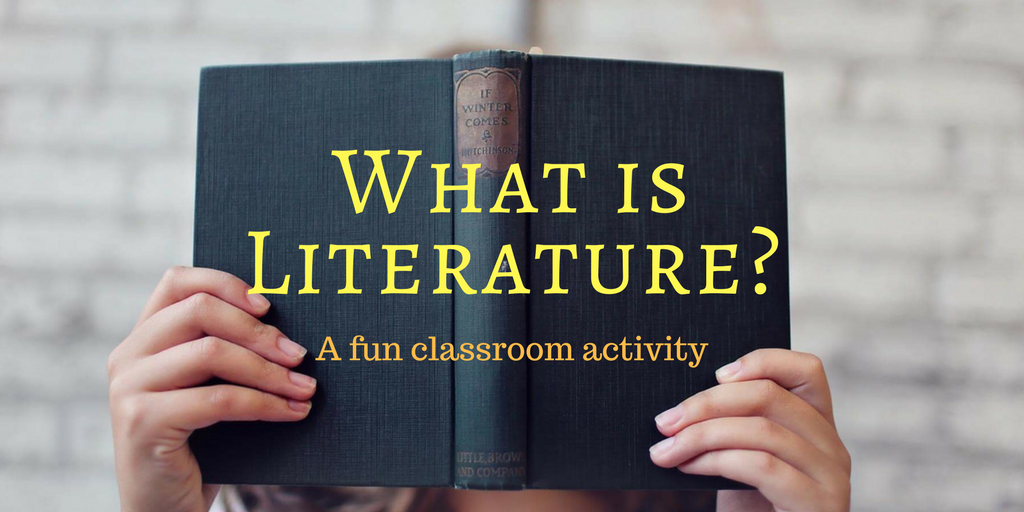 When my kids were younger I was amazed at how they learned what a dog was. If you or I were to try to define the word “dog” it would be hard to come up with something that didn’t include other animals, like, say, a cat. But somehow kids learn the concept and can categorize animals that are dogs correctly, even though they come in all different shapes and sizes, from Great Danes to dachshunds.

We humans have an innate desire to categorize things, and one of the feistier debates (at least among those who study books) is what constitutes “literature.” The word “literature” to many of us implies something that is the best the written word has to offer and has stood the test of time. When we study literature, we only study certain works that are deemed worthy of the title. Otherwise, it’s just a novel.

Or is this incorrect? During the first week of school I give my students an activity in which they explore the concept of literature.  They start by creating a definition for literature in groups. I then give each group a couple of different artifacts – excerpts from classic novels and poems, but I also throw in things like sheet music, a photograph, a comic, and a magazine advertisement. We then came back together as a whole group. Each group shared their artifacts and whether or not they considered them literature and the rest said they agreed or disagreed as a group. Full disclosure: I borrowed this activity from Christopher R. Trogan – it was featured in the book The Pocket Instructor: Literature: 101 Exercises for the College Classroom.

During the activity I was surprised that the students defined literature as liberally as they did – most students said that most of what I presented was literature. I disagreed with them in my head, but I kept my opinions to myself. The point of this was not to tell them whether they were right or wrong, but merely to get them thinking about the concept in the first place. The excerpts from “The Metamorphosis,” and  “Lines Composed Above Tintern Abbey,” were agreed upon as literature. The others led to some interesting discussions. Below are the artifacts I chose and some of the follow up questions I asked in the discussion. 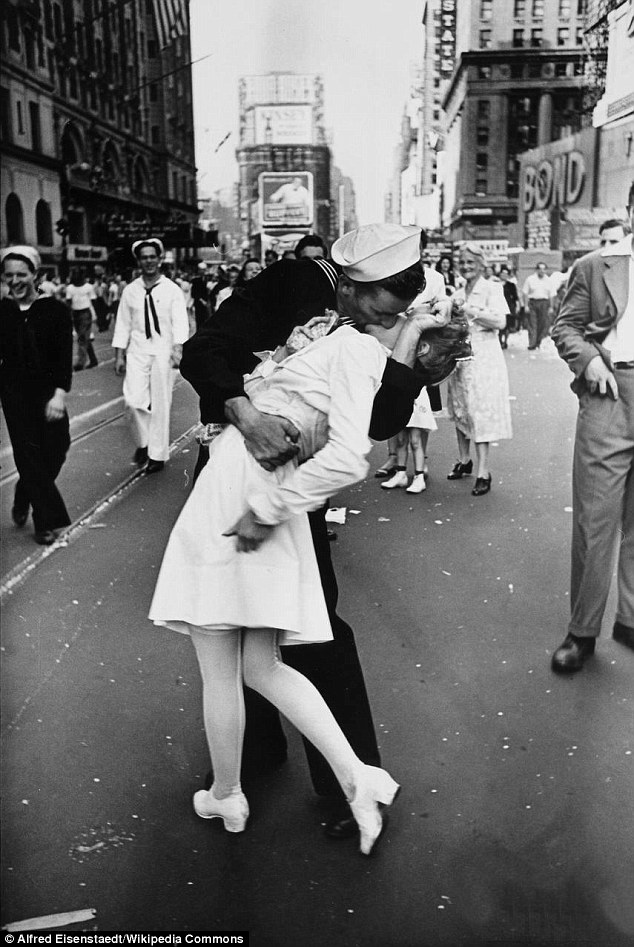 Most students said this famous photograph was not literature because it didn’t have words. I asked them what if it had a caption? (no.) A paragraph that described the context of the photo? (some yeses, mostly nos.) A short story based on the photo? (mostly yeses.) We were agreeing that words mattered in defining something as literature, but they had to have a certain intent behind them.

Some argued that this was literature because it communicated an idea and had a story to it. I asked them if I had used a selfie instead would that be literature. Almost everyone said no. What’s the difference? Seflies don’t have the intent to communicate a story like the photo does.

I also gave a group a copy of the score of Beethoven’s Fifth Symphony.  Many students said it was literature – there was a “language” being used to communicate an important idea. Some didn’t because it didn’t have words. I asked them if I put lyrics to it if that made it literature, and many said that yes, that would make it literature.

We also had a conversation about representation. The score of the Fifth Symphony is not the way the music is meant to be experienced – it merely tells the musicians how to play it. This led to a discussion about whether a performance of a Shakespeare play was literature, or if you had to read it, even though we all agreed that the performance was the best way to experience a play.

I picked the lyrics from a random song (Spoon’s “Black Like Me”) which most people said was literature, or instead that any song had the potential to be literature. We discussed how Bob Dylan had received the Nobel Prize for his body of work – it’s difficult to argue that song lyrics can’t be literature after that.

But this was an opportunity to also discuss the continuum on which such discussions operate. Going back to the previous example, I asked them if I said that the Beatles were just as good of composers as Beethoven if they would have a problem with that. Most didn’t. (This was also a good opportunity to discuss the connotation of “songwriter” versus “composer.”) When I asked the same question using Katy Perry instead of the Beatles, few agrees with the statement.

At this point we were able to understand that there are certain works that are undisputed classics, and others that exist along a spectrum relative to that. 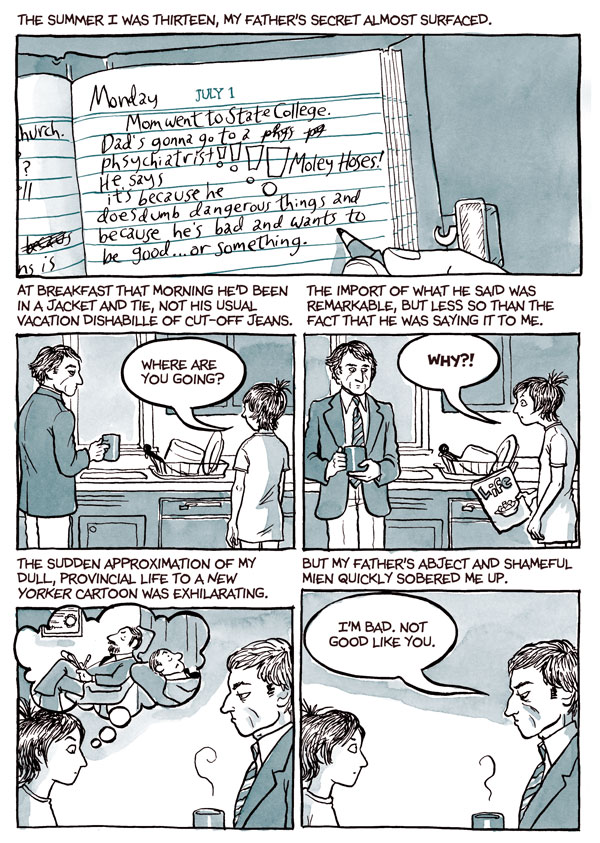 I used a page from Alison Bechtel’s “Fun Home” (be careful if you do this – the graphic novel has some, um, graphic content that may not be suitable for all audiences.) Everyone agreed this was literature – it had words, it communicated important ideas, and it looked like a mature work. I shared with them that Bechtel won the National Book Award for “Fun Home” – like Dylan, this legitimized the potential of comics to be literature. I asked them if I had shown them a Spider-Man comic if they would have answered the same way, and many said yes, saying that any discipline has a body of classic works, and Spider-Man would fit into that.

I also asked if it were a comic without words if they would still consider it literature. Many of them said yes, even though originally they said that words were important to classify something as literature.

I picked a Nike ad that I found online that had a decent amount of text. Most said that this wasn’t literature, even though it had writing and had the semblance of a story. The problem they identified was with intent: most literature is designed to entertain or instruct, yet this was only to sell shoes. They also pointed out that the ad was not meant to last (in fact, the ad I picked was from 2013). They believed that literature had to stand the test of time.

I used a page from “Where the Wild Things Are,” which everyone agreed was literature despite being for children. They acknowledged that it was a classic if nothing else (everyone had read it) and the concept of “children’s literature” was one they knew. I asked them if I had picked a lesser known book if that would have made a difference, and they said no.

Looking for more creative assignments? Check out the posts below.

The Hat Project: A Great Project for the End of a Short Story Unit

Alternatives to the Essay: Infographics