A Workshop Approach to Essay Planning 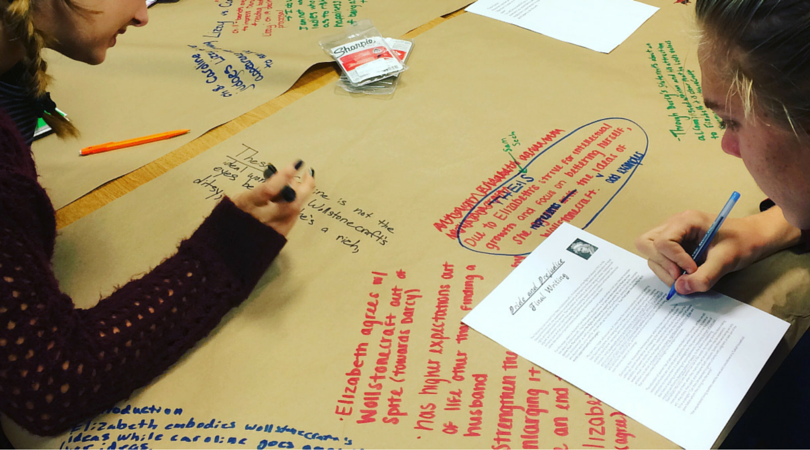 One of the biggest problems my students face with writing essays is that they don’t do enough planning before they sit in front of the computer to begin writing. Also, even though I tell them that I’m willing to look at drafts before they hand in the final copy, most students don’t take advantage of it. I suspect that many of them wait until the last minute to begin their essays and don’t have a draft ready. Either way, I’m not interested in grading a bunch of bad essays from kids that don’t know how to plan or manage their time.

A workshop approach to planning an essay solves a lot of these problems. I tell them once they are done with the workshop they should have 85% of their essay written – all they have to do is type it. All the hard stuff is done. Since I’ve been doing the workshop, their final essays have been much better.

So what goes on in an essay workshop?

The workshop lasts two days, and the students have four stations they can visit to work on different parts of their essay. They don’t have to go to all of them, and they can spend as much time as they want at any particular station. I do this in our media center where we have large tables that I can use for the stations. It’s important to keep the stations distinct so that students know that when they are at that station, they are to work on that particular task. This allows them to collaborate with anyone else that happens to be there.

The essay they are working on in the photos requires them to show how a character of their choice either does or not represent the ideas that Mary Wollstonecraft set forth in A Vindication of the Rights of Women. So they are all working with the same two texts, but they can choose which character they’d like to write about.

Here are the stations that I used for this paper:

The Wollstonecraft Station: This station has a few laptops where they can research Wollstonecraft and find additional quotes from A Vindication of the Rights of Women for their paper.

The Organization Station: Here’s where they can plan out their essay. We have large marker boards in our media center and that’s what I used for this station.

The Thesis Station: Students here can work on crafting their thesis statements.

The Quotation Station: Students find quotes from the novel to use as support.

For these last two stations I put butcher paper on the tables for them to write on. That way as they rotate around the tables they will see the work that others have done before them and it’s a truly collaborative process. I save them for the next day so they can pick up right where they left off.

I’m going to be using this method again soon for a paper on Emily Dickinson. This time I’ll have a station where students can kick around what the poem means, a station where they deal with the “how” of the poem (word choice, rhythm, etc.), the organization station, and the thesis station.

I also led minilessons while students were working at the stations on introductions, conclusions, and organization. Each minilesson lasted five minutes and were held twice during the workshop so the students had some flexibility with when they came. They also didn’t have to attend. They could just pick up the handout.

Have questions about the workshop approach I used? Or the Pride and Prejudice assignment? Send me an email using the link at the sidebar.